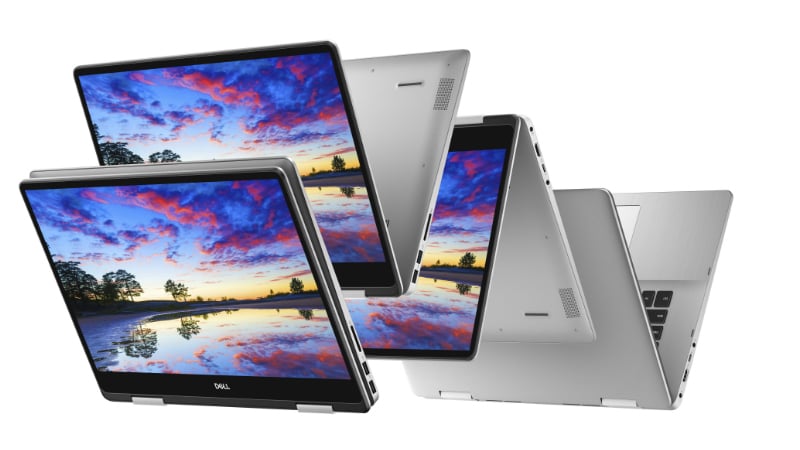 Ahead of IFA 2018, Dell on Wednesday launched a slew of devices expanding its Inspiron, XPS, and Vostro portfolio. It has also launched its first Inspiron Chromebook, a new Dell 27 USB-C Ultrathin Monitor, and a line of SE monitors for catering to everyday computing needs. While some products are made available immediately, some may not see the light of the day till January next year. The devices launched include the Inspiron 7000 2-in-1s, Inspiron 5000 2-in-1s, a new Dell Inspiron Chromebook 14 2-in-1, new XP13 refreshed series, Vostro 14 and 15 5000 laptops, Dell 27 USB-C Ultrathin Monitor, and a new line of SE Monitors.

Dell has also announced the 14-inch Inspiron Chromebook 2-in-1, its first ever premium Chromebook in the Inspiron line-up. It sports a full-HD IPS display, aluminium exterior, narrow bezels, and touts up to 15 hours of battery life. The Chromebook comes with Google Play support, Intel 8th Generation i3-8130U CPU, up to 128GB storage, and runs on Chrome OS. It sports a 360 degree hinge as is the case with all 2-in-1s listed above. It supports USB Type-C port, and a backlit keyboard as well. The Dell Inspiron Chromebook 14-inch 2-in-1 will be available on October 23 in North America starting at $599 (roughly Rs. 42,200).

Dell has also expanded its Vostro line with new Vostro 14 5000 and Vostro 15 5000 laptops. The laptops include 8th Generation Intel Core processors, up to 32GB of DDR4 memory, Nvidia GeForce MX130 graphics, optional Intel Optane memory, USB Type-C port, and an optional Single-Sign-On fingerprint reader. The laptops also offer hardware TPM (Trusted Platform Module) 2.0, which provides commercial-grade protection and storage for encryption keys to verify a device, and Bitlocker to configure security settings. The Dell Vostro 14 and 15 5000 laptops are priced starting at $499.99 (roughly Rs. 35,200) and will be available in North America from November 9 and January 2 respectively.

As mentioned, Dell has also unveiled the 27-inch USB-C Ultrathin Monitor with up to 600 nits peak brightness, a premium HDR monitor with VESA-certified DisplayHDR 600, and integrated with Corning Iris Glass light-guide plate (LGP) technology. It supports a USB Type-C connector, and is just 5.5mm thin. It sports an InfinityEdge design, and a Silver Satin finish. It is already available in Europe, Africa, Asia and Australia, and will be available from September 20 in North America starting at $549.99 (roughly Rs. 38,700).