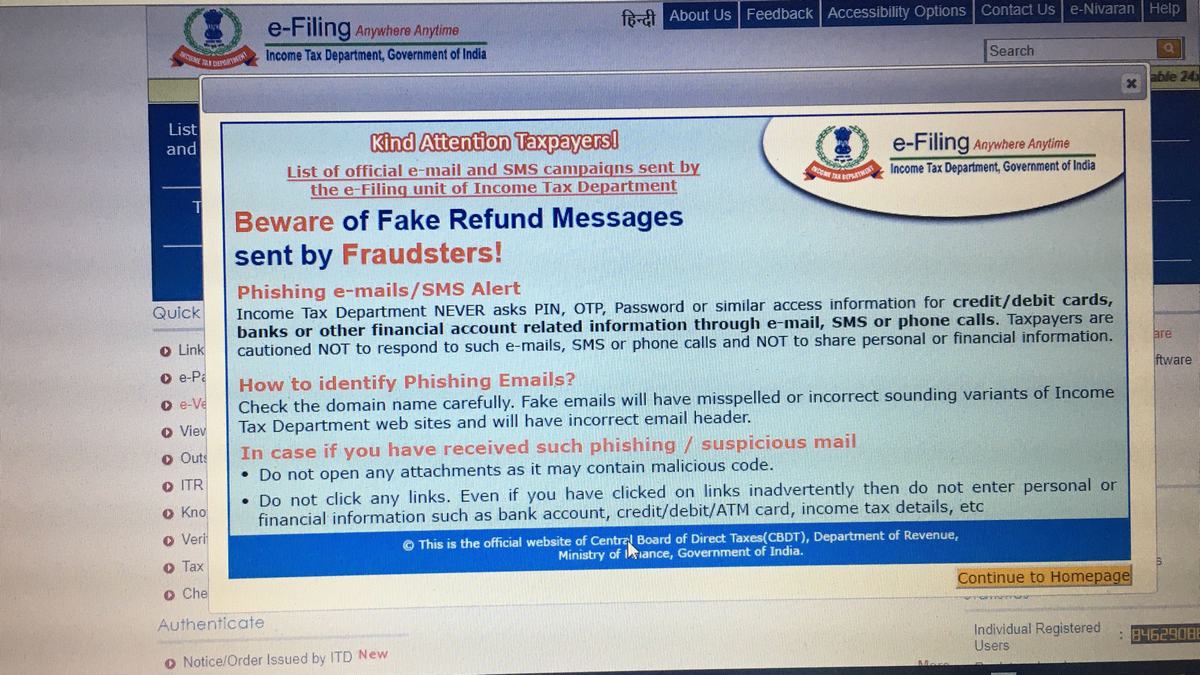 An information stealing computer malware, masking as a message from the Income Tax Department, has been found prowling in the Indian cyberspace, a federal cyber-security agency has warned in a recent advisory.

“A phishing and malware campaign is active since at least September 12 and is targeting individuals as well as financial organisations. The campaign involves fake emails purporting to be sent from Indian Income Tax Department,” the CERT-In said its latest advisory accessed by PTI.

Indian Computer Emergency Response Team (CERT-In) is the national agency to combat hacking, phishing incidents, and to fortify security-related defences of the Indian Internet domain. While phishing denotes to a category of cybercrime where a person’s personal vital information like banking, credit card details and passwords are stolen, malware is an e-virus.

A senior tax official said fraud links faking the I-T department are often used by fraudsters as people are very concerned and serious about their tax filing, refunds and other businesses with the department.

“It is very important to guard against any malicious email that talks about your I-T records or banking issues. The department has run many awareness series to educate people and taxpayers against these frauds,” the official said