Watch: Sri Lankan Spinner Leaves Fans Baffled With His Version Of ‘Frog In A Blender Action’. Video Is Viral 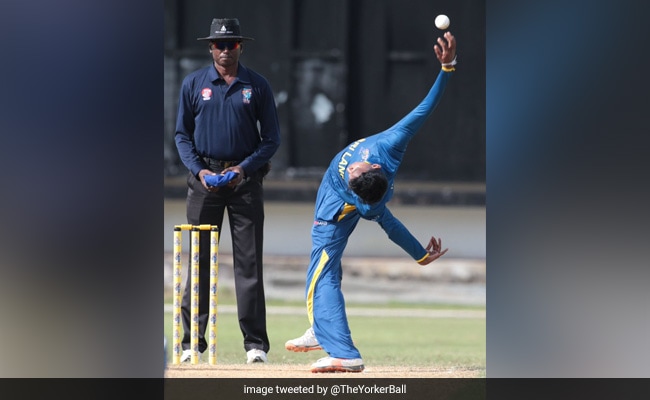 South African left-arm wrist-spinner Paul Adams had first wowed spectators in a tour match against England in 1995-96. After bewitching the English, his unique bowling action was famously dubbed as akin to a “Frog in a Blender”. Fast forward 24 years and a Sri Lankan spinner, Kevin Koththiigoda, is outdoing the South African by coming up with an even whackier version of the ‘Frog in a Blender’ action. The 21-year-old spinner, who hails from Galle and is currently playing for the Bangla Tigers in the Abu Dhabi T10 League, left fans on Twitter baffled with his unorthodox action. Kevin Koththiigoda is not the first spinner whose action has been compared to Paul Adams. Indian bowler Shivil Kaushik caught everyone’s attention after he made his IPL debut for the Gujarat Lions in 2016. Within few minutes, after delivering his first ball, Kaushik took the Internet by storm thanks to his ‘Frog in a Blender’ action.