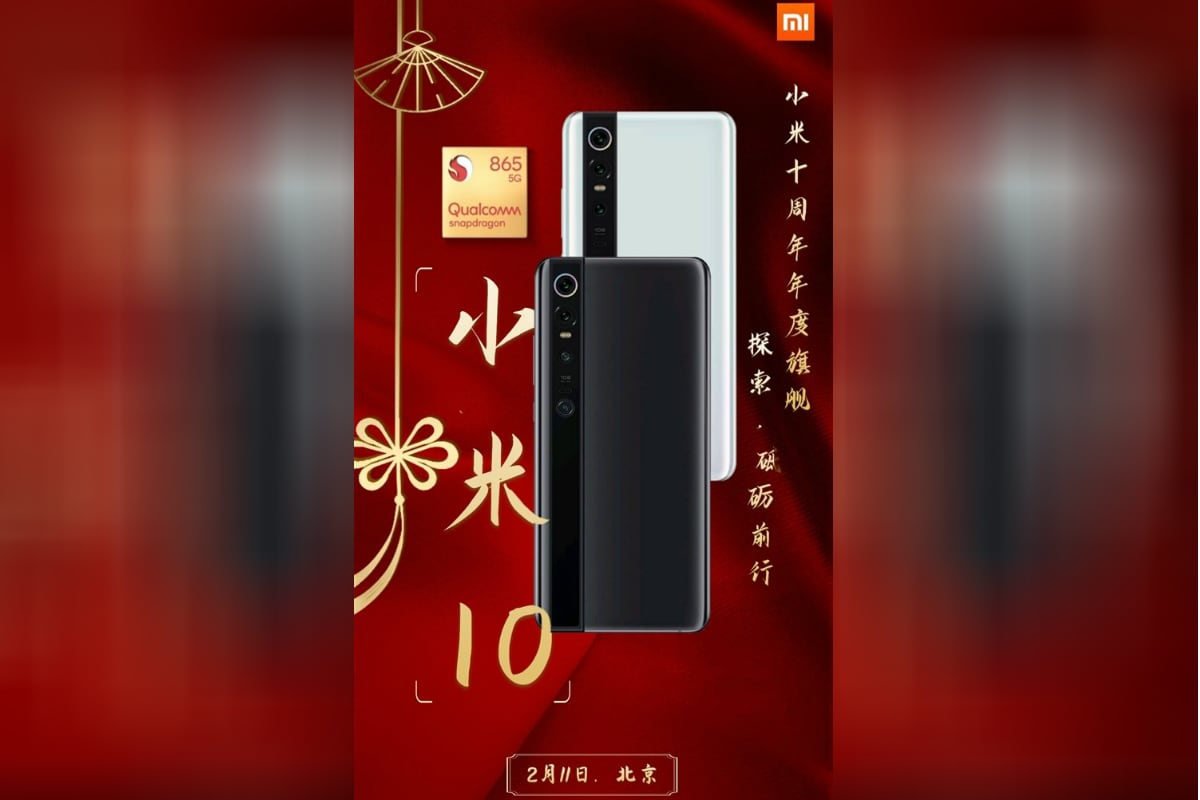 Mi 10 launch date is now being suggested for February 11. An official-looking teaser image has surfaced online that suggests the release date of the upcoming Xiaomi flagship. The image also hints that the Mi 10 would have a design similar to that of the Mi Mix Alpha, the concept phone that was unveiled last year. Separately, some live images suggesting the design of the Mi 10 Pro 5G have been released by a Chinese tipster. The images show a hole-punch display as well as a quad rear camera setup.

The purported teaser image of the Mi 10 has been circulated on Weibo. The image suggests that the phone with Qualcomm Snapdragon 865 SoC would debut as early as February 11. This corroborates an earlier rumour that claimed the early February launch of the Mi 10 series.

Alongside suggesting the launch date, the teaser image hints at the design of the Mi 10. The image shows the back of the phone that appears to have a vertical strip featuring the quad rear camera setup — looking similar to the rear panel of the Mi Mix Alpha. However, unlike the Mi Mix Alpha that has a wrap-around display, the Mi 10 from the leaked image appears to have regular back panel and a curved display at the front.

In addition to the purported teaser image, some live images of the Mi 10 Pro 5G have surfaced on Weibo. The live images suggest a hole-punch display on the new Mi-series flagship. The smartphone is also appears to carry model number M2001J1C, which we first saw on China’s 3C in late November with 66W charger.