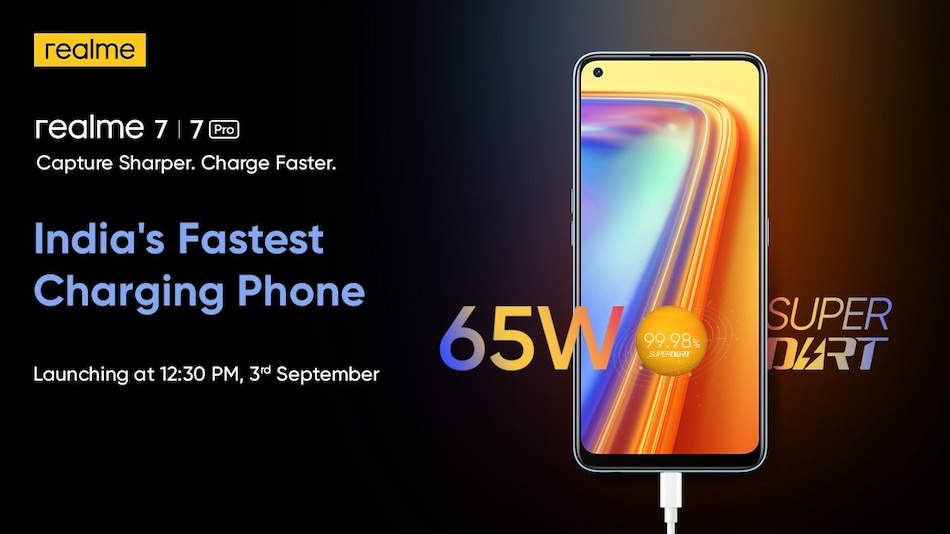 According to the tweet, the phone will have a 5,000mAh battery with support for 30W fast charging. Lastly, the Realme 7 is said to measure 162.3×75.4×9.4mm and weigh 196.5 grams. There may be a side mounted fingerprint scanner on the phone.

Interestingly, the Realme 7 seems to have a slightly larger display than the Realme 7 Pro’s 6.4 inches. It also sports a larger battery at 5,000mAh compared to the 4,500mAh in the Pro variant, though, the 65W charging speed seems to be exclusive to the Realme 7 Pro. The rear cameras on the two phones appear to be the same, but the front camera on the vanilla variant is toned down. And of course, the main difference is in the processors with the Realme 7 Pro having a Snapdragon 720G and the Realme 7 having the MediaTek Helio G95.

Both the phones will be announced in India on September 3.