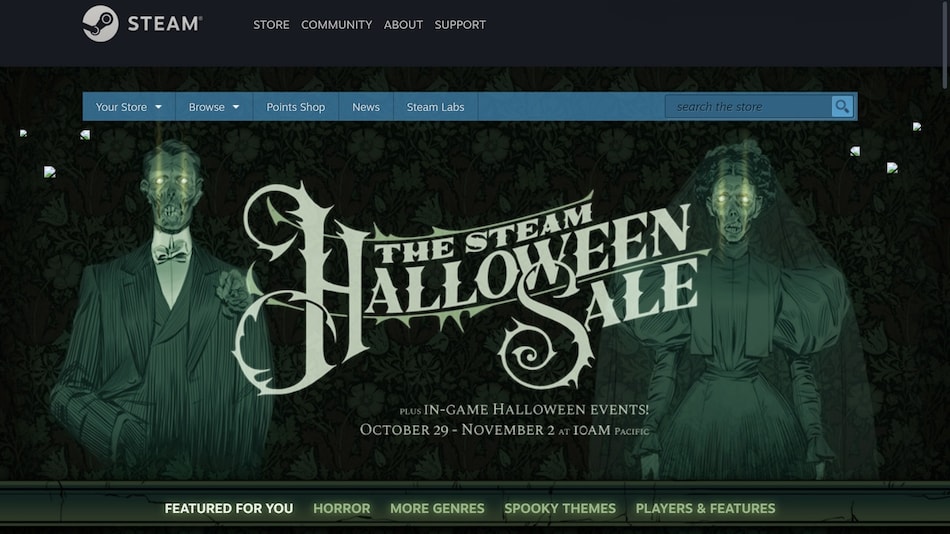 Steam Halloween Sale is currently underway and brings attractive discounts on several games. The sale started on October 29 and will run through November 2 with discounts not only on horror games, but also a variety of other genres. Control, Devil May Cry 5, Doom Eternal, Dead Island, Resident Evil 2, and Outlast are some of the games that get price cuts for the Halloween sale. Additionally, there are in-game Halloween events as well where users can purchase items like animated stickers, avatar frames, and profile backgrounds with the newly introduced Steam points which can be earned through cash purchases on the platform.

Steam is one of the biggest digital marketplaces for games, and its 2020 Halloween Sale that will run for five days includes a huge list of games on discount. Some of the major titles include:

There are many other games on sale and you can check out the full list here.

Elaborating on the new point system, users can earn points with every purchase, be it games, DLCs, hardware, applications, soundtracks, or in-game items. Every Rs. 100 spent will get you 136 points that can be redeemed on the points shop for the Halloween-themed items.